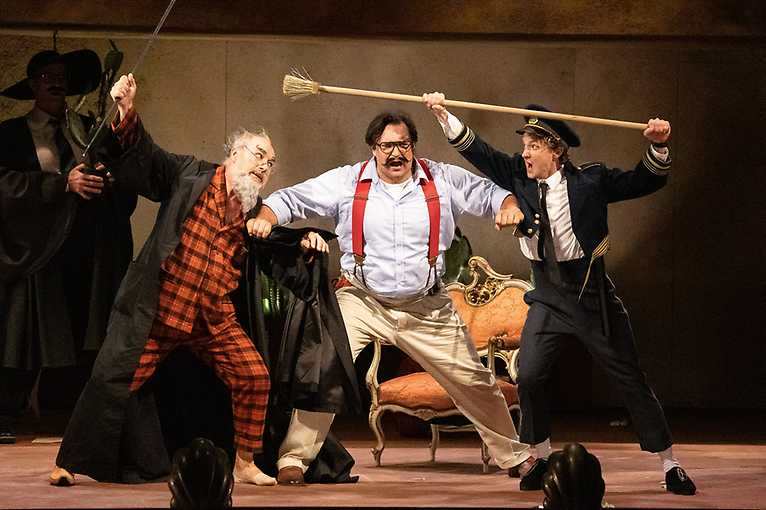 Rossini’s Il barbiere di Siviglia is one of the most acclaimed comic operas of all time. It is extremely popular owing to catchy melodies, as well as its being based on Beaumarchais’s brilliant play, the first of his comedies featuring the character of Figaro, a witty servant, and his master, Count Almaviva. Yet unlike in Mozart’s no less famous Le nozze di Figaro, with the two men getting embroiled in conflict, in Rossini’s setting they plot together to attain the count’s goal – winning the heart of the fair Rosina.

For over two centuries, Gioachino Rossini has been one of the most celebrated opera composers, and it might even have been the case if he had written nothing but Il barbiere di Siviglia. Both its genesis and premiere were connected with all kinds of twists and turns, which accompany many a play and opera. The piece had to be completed hastily, rehearsed and staged even more hastily; it was a setting of a literary work that had been used several times; the premiere was poorly received and affected by scandal, etc. In hindsight and knowing the fates of other creations, such circumstances would seem to be the best prerequisite for future success. Four years after the opera’s world premiere, in 1816 at the Teatro Argentino in Rome, Il barbiere di Siviglia was first presented, in German translation, at the Estates Theatre in Prague