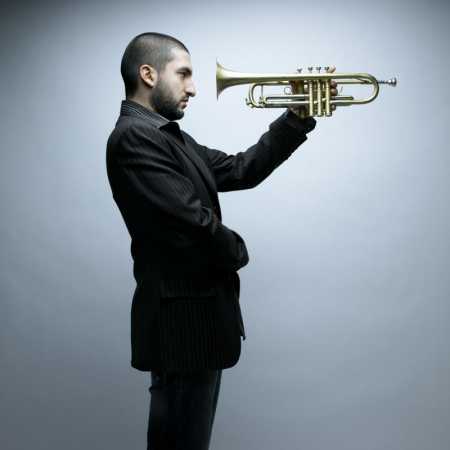 Thirty-two Lebanese trumpeter Ibrahim Maalouf devised his own musical universe where music unites East and West – Arabic scales, classic, jazz, electronic and hard rock and hip hop. Classically educated player, still in swaddling clothes of the wartime Beirut refugee living in Paris. In his youth Mozartian genius child, later jazzman of coincidences, today prýštivý music geyser engrossing conviction: "Music is not something that exists, it is something that is still developing. Without rules, restrictions, boundaries. "

It would be hard also looking for another musician who in a short time gained such a wide community of listeners, while music plays original and uncompromising. Maalouf was born in Beirut in the family, which was dominated by musicians and intellectuals. His uncle, the famous writer Amin Maalouf holds the prestigious Goncourtovy prices grandfather was a poet and musicologist, pianist mother and father Nassim Maalouf classical trumpeter known how pipe modified for the needs of Arabic music that uses tones in European major and minor scales absent . After two years of working with toolmakers Henri Selmer Paris company, resulting in a fourth tube fitted with a piston. His son in the synthesis of Eastern and Western music continues. When Ibrahim after the outbreak of the Lebanese civil war, grew up in Paris, from 7 years as a child prodigy studied trumpet with his father, in addition to European classical music and jazz assimilated and Arab music system and everything linked to their own musical world that despite the sophistication of abundant energy. His concerts remind carefully timed series of explosions musical equilibristic to Maloufovým inspirations include Led Zeppelin. – Translated by Automatic service