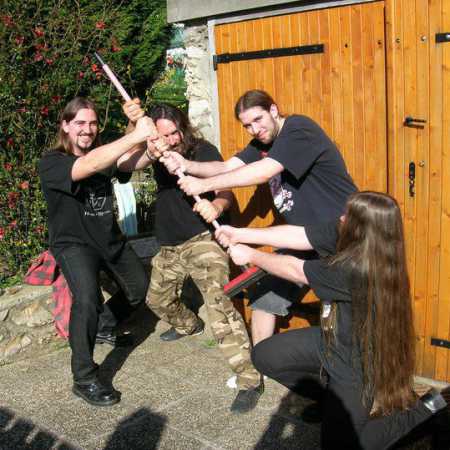 From the french band whose name means ‘roar’ can not expect anything other than a classic up-tempo Heavy Metal. It is aggressive but melodic music set in a dark backdrop Viking ságosloví. Must not miss denim jackets and pointy guitars. Not surprisingly, their biggest inspiration are legendary bands like Manowar, Runing Wild and Judas Priest! Hurlement are big fans of French heavy metal scene eighties and beyond while spreading the message of bands like Sortilège, ADX, Killers, Blaspheme, H-Bomb … How to mix this influences affected the quality of the metal geeks? Well, some songs are written in English, French and other general impression is underlined by a surprisingly high voice clarity. – Translated by Automatic service