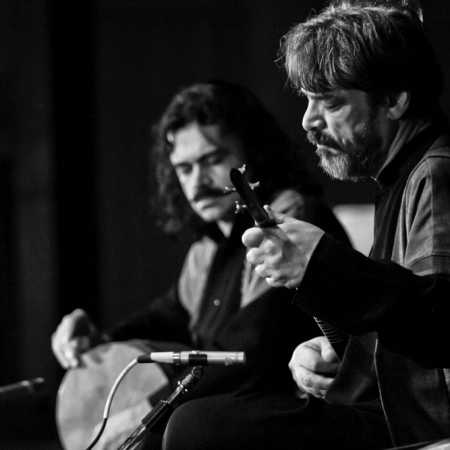 Persian musician Hossein Alizadeh based on 12 basic modal systems called Dastgah essentially tonal ranges in which is arranged at 365 tunes the gusheh. And although this system in the 19th century codified into collections called radif for Iranian musician binding tradition of musical performance is based on the principle of always new, personal creation and improvisation. Collection radif recording millennial Persian musical heritage since 2009 on the list of cultural heritage sites.

Hossein Alizadeh is radif taught at Tehran University under the guidance of the best masters, and eventually the entire collection in the interpretation of the tar and setar, stringed instruments related loutnám, recorded. Started by Aref recognized files and Hamavayan, with the latter appointed recorded many albums, including Endless Vision nominated for a Grammy. Pejman Hadadi, a member of recognized file Zarbank or Dastan, has a reputation as one of the most innovative Iranian percussionists at all, is especially renowned totally new way of playing the low brass, prominent percussion instrument in Persian music. Alizâdehovy improvisation enriched by the unique world of new sounds. – Translated by Automatic service