Nemanja Kojić (December 17, 1975 in Belgrade, Serbia), better known by his stage name Hornsman Coyote (or just Coyote), is a Serbian reggae/dub and rock musician. Nemanja Kojic started his works as a dub trombonist in late 1990, by joining the Serbian reggae pioneers Del Arno band. Beside Roots Reggae as a teenager, he was influenced by hardcore/punk/thrash metal music. In 1994 he formed one of the most prominent hardcore/reggae crossover bands in Balkan called Eyesburn. His works with Eyesburn lead him latter into collaboration with Brazilian world music/metal superstar Max Cavalera. After Eyesburn took a break from activities in 2005, Coyote went to London (UK) and met Jerry Lions (Twinkle Brothers) who was the first Roots Reggae producer to work with him on the trombone instrumental songs. Not long after working with Jerry he linked with Jah Works (UK) to work on his first full-length instrumental album Brass Roots. That was his gate into the Dub/Reggae international scene of today. From then Coyote started to deliver horns for many UK and European labels and productions. With his instrumental versions, he reached a number of almost 40 vinyl releases with various producers and singers. He contributed his skills in playing and making horn arrangements on albums of artists like Lee Scratch Perry and Max Romeo. 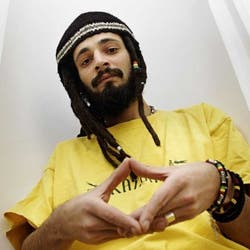 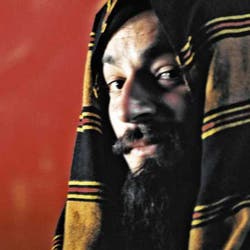 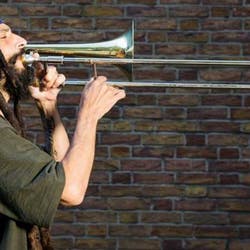 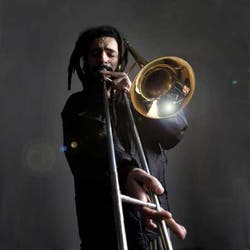