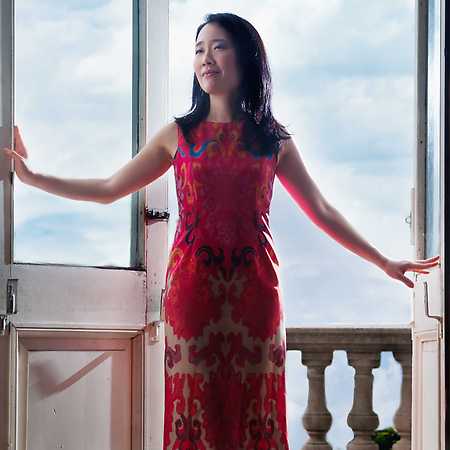 Important American jazz pianist and composer visits to Prague and will present his sixth solo album. Anthem For A New Day "(2014), which was released on a major record label Concord Records. H. Sung has had appearances on many of the major festivals and venues, such as the. Newport, Monterey, Detroit, SFJAZZ and also at Carnegie Hall. In addition to its stand-alone demeanor is a member of prestigious projects, such as. Mingus Big Band, Dynasty Band & t. s. Monk Band and Terri Lyne Carrington’s Mosaic Project (this project won the Grammy recording). Music by Helen Sung is exactly what is called modern jazz, thus drawing on the best traditions of the greats in this field (th. Monk, ch. Minguse, m. Davis), obohacujíce this genre of its own peculiar deposit and composition and improvisational invention. Will other excellent musicians-saxophonist Logan Richardson, bassist Josh Ginsburg and drummer Donald Edwards. Don’t miss the experience of listening to master the concept of contemporary New York jazz (p, ts, b, dr). – Translated by Automatic service