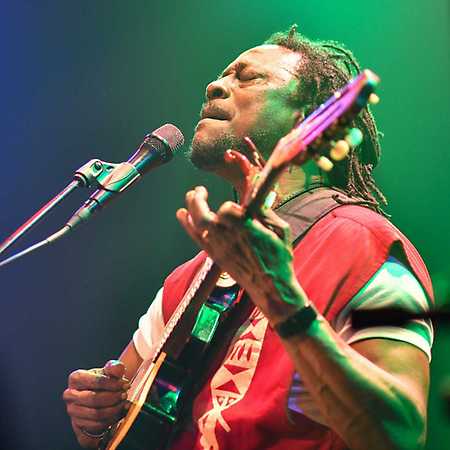 Habib Koité nicknamed Eric Clapton from Mali innovative songwriter with a mellifluous voice nepodlézavě griotskou linking West African traditions with Western rock. Represents a musician for a generation of listeners, becoming a witness to the collapse of cultural barriers. Habib Koité from the rest of West African guitarists varies: it can consist of regular hits. She loves acoustic sound, but also strives to such bluesy charges which caused people to dance. Also thanks to him the role of traditional wooden lutes took over the electric guitar, the ancient music of Mali took a fascinating modern way and the world is gradually learned that the blues is not only the cradle of Mississippi. – Translated by Automatic service