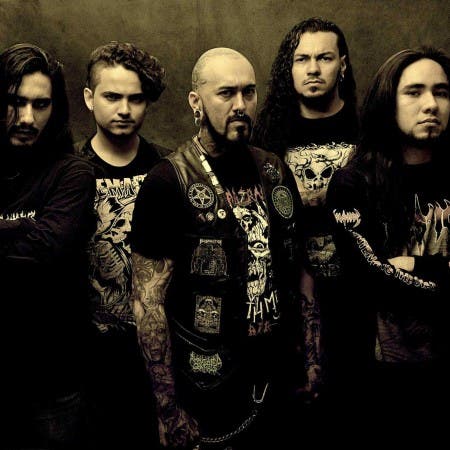 Eshtadur launched in the fall of 2005 with their blazing demo Timo Be Timo with a sound in the vein of At The Gates, Soilwork, and Septiflesh. Since then they have released a pair of EP’s and a potent duo of albums. Their rich touring history includes performances from Colombia, Peru, and Mexico. They have been distributed across the world and even headlined a stage at Rock Al Parque in 2016. As they prepare to unleash their latest creation, Mother Gray upon the world the band is gearing up for their first ever US dates and many more festival appearances.