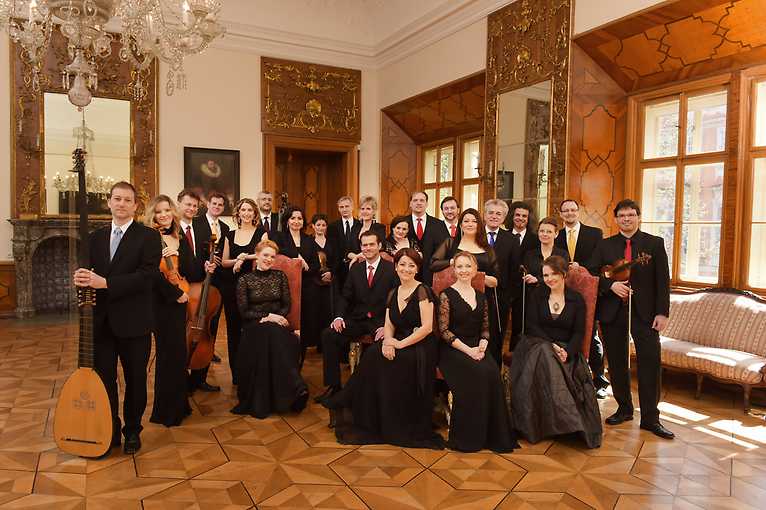 Jan Dismas Zelenka (1679 – 1745) was a Czech Baroque composer, and the revival of his music is literally rewriting the history of Baroque music. He first came to the attention of musicians and researchers through his trio sonatas, which are some of the most demanding works of the Baroque oboe repertoire. It was those pieces that really ignited the present-day interest in Zelenka, who quite rightly tends to be compared with Johann Sebastian Bach because of his boldness and originality. Ensemble Inégal plays quite an important role in the dissemination of Zelenka’s legacy and especially in the performing of his music, not only presenting his compositions regularly on its concerts in this country and abroad, but also making world premiere recordings of his works. The ensemble’s efforts towards new discoveries climax with a specialized festival, which includes a musicological conference, with presentations by the leading figures from the area of Zelenka research.

Jan Dismas Zelenka was an enormously successful musician who enjoyed the recognition of is contemporaries, including Johann Sebastian Bach and Georg Philipp Telemann. He was also a central figure of musical life at the royal court in Dresden, one of Europe’s leading musical centers in the first half of the eighteenth century. It was there that he composed the oratorio Gesù al Calvario ZWV 62 (Jesus at Calvary) for Holy Week of the year 1735. At its premiere, the work was divided into two parts; the first was premiered on Good Friday, 8 April, and the second part was performed the next day. In the libretto by Michelangelo Boccardi, the figure of a “Testa” or narrator is absent and is replaced in the text by characters who portray the action and by a mixed choir. The whole work opens with a French overture featuring a central fugal section framed by a dramatic introduction and conclusion. The main characters – the Virgin Mary, Mary Magdalene, Mary Cleophas, Jesus, and St Peter – embody the good; Zelenka entrusted the negative emotions to the choir.