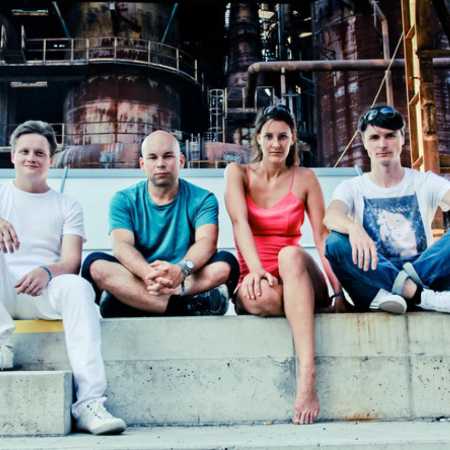 Echo Message  Over The Stones

The band Echo the Message originated in the year 2012 as a small acoustic project with a guitar and singing Kaluse, the second is Mike singing Mirky Navratilova and drum djembe Petra Vavroše. Mirka Navratilova already in the band does not. Towards the end of the year 2012 is added by John Jaglarz on drums, and about half a year later, at the beginning of June, 2013, with more electric guitar and vocals in the submission of Cuba Hajducha. The current form took the band on April 20. June 2013, after one of the concerts in Ostrava Club Music Bazaar connecting bass guitars and female vocals Petra Jančíkové.

Echo the Message plays a custom creation of vychazející from the pen of Mike Kaluse and Cuba Hajducha. He has frequent appearances mostly in Ostrava Club environment, participation in the Festival in the streets (2012, 2013), or the Colours of Ostrava-Busking stage (2013). Victory in the competition of bands Boomcup 2013 on stage festivals Michalfest 2014 and 2014 and Colours of Ostrava gained media interest-Ostrava Czech radio and Czech television. – Translated by Automatic service