Eastern Bohemian Theatre Pardubice belongs to the most prestigious cultural buildings in Pardubice District The theatre underwent several reconstructiona regarding both interior and exterior of the historical building from 2002 till 2003, which brought back its Art Noveau beauty. Currently the stage is adorned by reconstructed painted curtain and chandelier hangs above the auditorium, which was also part of the original Balšánek's designs but was not created due to the lack of finance. The new curtain and chandelier were financed from public collection.

Eastern Bohemian Theatre Pardubice performs in Městské divadlo (Municipal Theatre), on Malá scéna ve dvoře (Small Stage in the Courtyard) and in the summer months also performes plays in amphitheatre with the view from Kunětická hora Castle. The theatre anually presents around eight new premieres, the repertoire aims to please all of its viewers, which is why the program offers fairy tales, musicals, dramatic pieces and also comedies. Beside the usual repertoire, the theatre holds Grand Festival Smíchu (Grand Festival of Laughter), which is a competitive showcase of comedic creations of theatres from the Czech Republic. The theatres allowed to enter the competitive showcase must meet one main criterion: they are repertory theatres with their own set of actors. Agency theatres and purpose-built groups of actors are not allowed to enter the competition.

Over one hundred thousand viewers anually visits the theatre, which makes it one of the most visited theatre among the regional single-ensemble theatres in the Czech Republic. 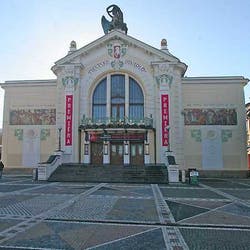 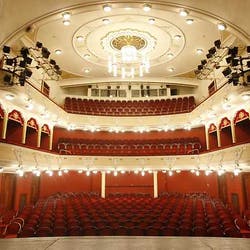 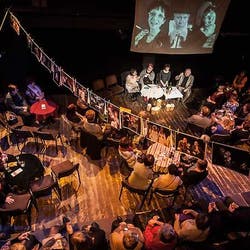 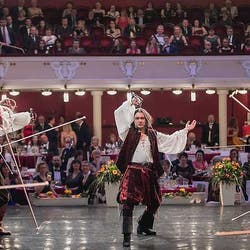 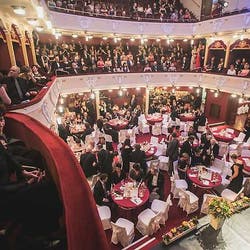