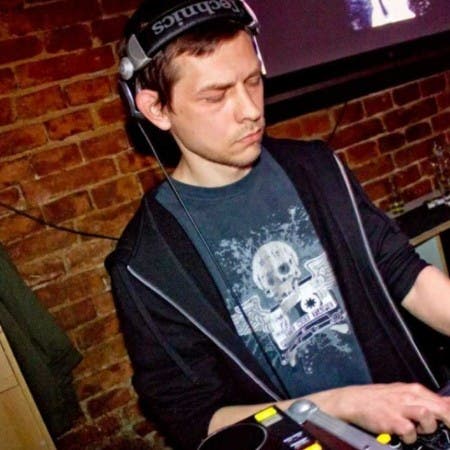 Prague DJ Dialect first started flirting with turntables before many years ago. At that time, as a young enthusiast of electronic music decided to sign up for the Prague school for DJs LIVC that are familiar with the basics of the mix. Until now you have had the opportunity to hear and see the play almost all the better-known clubs throughout the country. A great honor for him was the opportunity to play alongside the likes of world dance scene such as Paul Damage Bailey, The 65D Mavericks, Luka Baumann, Grovskopa, Bas Mooy, Charlton, Forbidden Society, Prolific and many others. Dialect defines its distinctive sound, which is presented as a DJ and as a producer. Iron techno sound became his destiny and dark industrial sound you hear every time you play. Dialect is part of the CZ kaktusrec.org free label, where he released his debut EP, which falls somewhere on the border of rhythmic Noise. Dialect tracks came on digital labels in foreign countries, such as Belgium, England, Holland, Germany and others. Last Dialect then released EP KomuProc, the Czech label Krmelec Recordings DJ Anse. He is also operating a Web blog technokracie.org since the beginning of 2010, together with a number two Pluge Wetrix run by Czech techno label free transporta.technokracie.org – Translated by Automatic service