Slovak violinist Dalibor Karvay is often called a child prodigy: he began playing violin at the age of three and a half, then only four years later performed in a public concert, and while still a student at an elementary arts school made several recordings for Slovak Radio. When eight years old he won a Gold Prize in the Kocian International Violin Competition, and at the age of eleven he issued his first compact disc. He graduated from the conservatoires in Žilina and later in Vienna, where in 2002 he also won First Prize in a violin competition. He has performed in prestigious cultural events such as a concert in the Vatican in honour of Pope John Paul II, a benefit concert for the United Nations, and the Week of Slovak Culture in Spain. He concertizes regularly in Europe, both North and South America, and Asia. He also engages intensively in chamber playing, most often collaborating with soloists Radek Baborák, Julian Rachlin, and Boris Kuschnir. 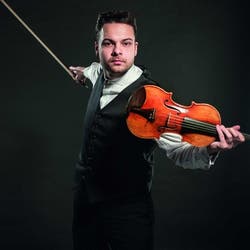 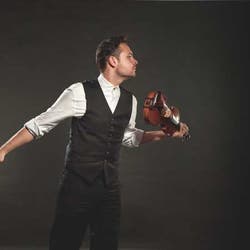 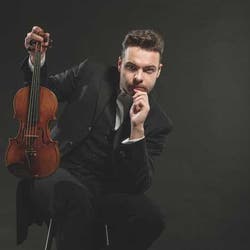