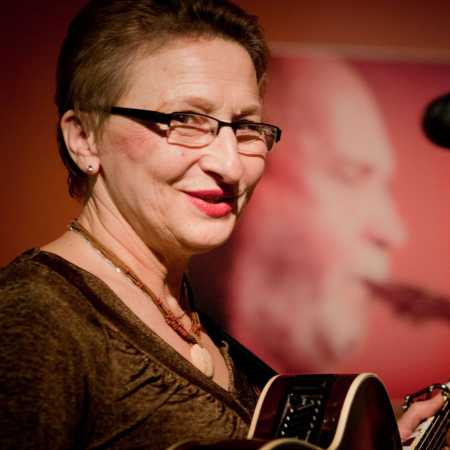 Singer Dagmar Andrtová-Iman was born in 1948 in Hradec Králové. After high school she studied pedagogical faculty, has replaced many seasonal professions. Publicly since 1971, and later as a member of the free association of songwriters saffron. It is a great technique on the guitar games full of experiments. Has released seven albums, performed nearly all over the world, her compositions have for foreign publishers and also recorded music for the performances of the Year in the village commemorates (National Theatre in 1993, directed by Miroslav Krobot). In 2010, has released a book of song lyrics, poems and drawings of leaves, and 16. November 2010, she was awarded the Commemorative Medal of the Institute for the study of totalitarian regimes “for freedom and democracy.” – Translated by Automatic service