Today almost legendary Belgian group DAAU (Die Anarchistische Abendunterhaltung) is very good known for fans of alternative music, DAAU have performed here in already 2004. Since then the band passed through many changes – the members of DAAU grown also into a sextet, but after very successful album The Shepherd’s Dream from 2010 the founder of the band Simon Lenski had to leave them (for family reasons). Currently, the band is usually only three musicians.

DAAU has participated on several film soundtracks in recent years, such as film L’Hiver Dernier, for which they were nominated for Magritte – the Belgian film award.

Clarinetist Han Stubbe says, that the latest album looks like a movie trip, for which they invite their listeners. DAAU have returned to their roots a bit and on the new album you can hear influences of jazz, flamenco, folk, tango and classical music. The band, however, didn´t forget the extremely captivating melodies. Moreover, it comes from the same scene as hit-makers dEUS or other famous Belgian band Zita Swoon. 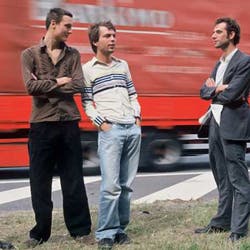 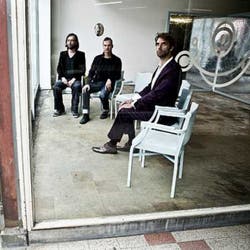 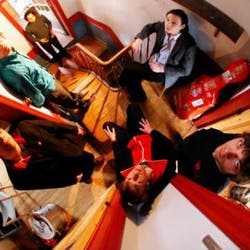