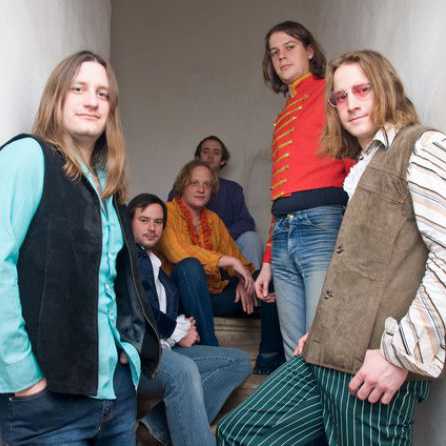 Cuprum is a Prague band five-member group of young people who play the author’s progressive rock music with the character of the turn of the sixties and seventies. Extensive areas evoke instrumental as Pink Floyd, Camel Rare Bird or by using a transverse flute students often recall and Jethro Tull.

The ratio of instrumental pieces and songs to sing is about half and half, all lyrics are in Czech language. The band uses period instruments, including the Hammond organ with Leslie or guitar effects box, set up specifically to achieve authentic historical sound. The band members occasionally met and formed in 2004, but only from July 2007 the band a solid composition, and actively plays and composed under the name of Cuprum. Cuprum is trying to show not only a good sound, but also visual. Therefore, the band members perform in period clothes.