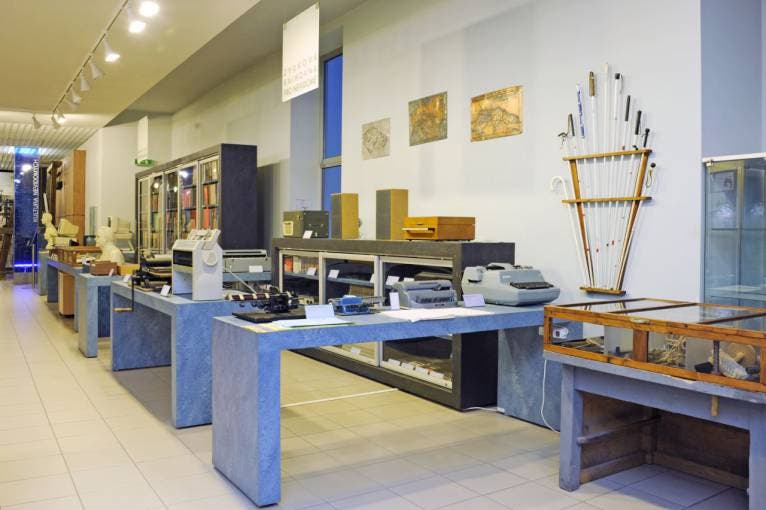 Culture of the Blind

The Department of the Documentation of Typhlopedic Information (former Department of Blind History) carries on with the Blind Museum work and tradition. The Museum was established by PhDr. Josef Smýkal.

He was a music teacher, a headmaster of ZDŠI (Special school for the visually impaired) in Brno, a typhloeducationalist, a founder of a consulting clinic for parents of visually impaired children. He collected tools used by the visually impaired in order to realise his dream to establish a Blind Museum in which he succeeded in 5th May 1992. In 1990 he started to issue a magazine for the visually impaired called “Brněnský občasník” which was then the only magazine of its kind in Moravia. After several years of individual operation the Blind Museum became a part of TMB. Since then activities concerning collection, presentation etc. are pursued by TMB. PhDr. Josef Smýkal digitalises and translates archive materials, publications, invitations and other materials to braille. He also co-operates with Mgr. Eliškou Hluší- the director of the department. The department provides specific services regarding disclosure of information and funds of TMB to the visually impaired and handicapped visitors. Audible library, archive and a library containing publications written in braille are available as well.