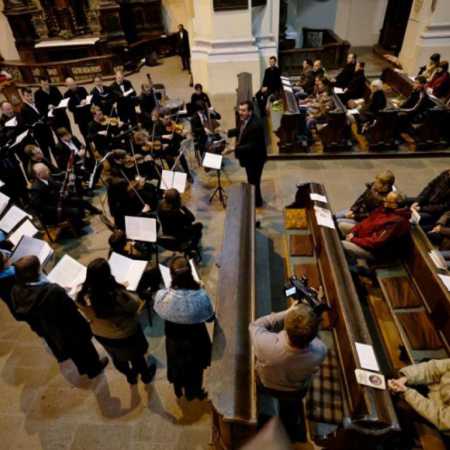 The Orchestra, consisting mainly of students and graduates of the Department of musical culture, but also of the students or graduates of other faculties of the University of West Bohemia Act in the Department of musical culture under the leadership of Vít Aschenbrennera. String Orchestra focuses in particular on the interpretation of the works of 18. century, however, his repertoire also includes works by contemporary. Cooperates with other bodies, in particular with the girls ' choir and the academic College for spiritual music from Klatovy. Among his most significant achievements in recent years belonged to perform the Stabat Mater of John the Baptist Vaňhala and Missy pastoralis Jan Hanuš. In recent years he carried out together with the College Orchestra for sacred music in the world premiere of the oratorio is Paul Samiece execution Dies sanctificatus and the renewed premiere of the oratorio František Xaver Church Jesum et Sermo inter Magdalenam. – Translated by Automatic service