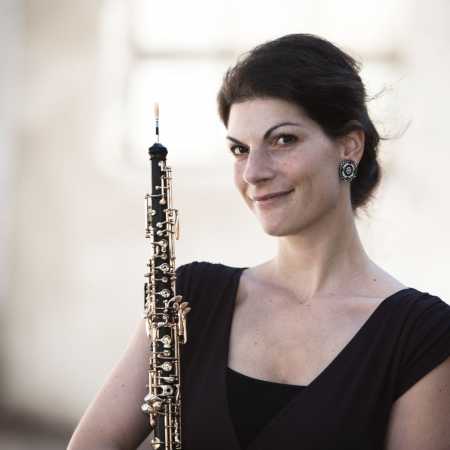 A native of Berlin, oboist Clara Dent graduated from the Mozarteum in Salzburg and earned her master’s diploma at the Academy of Music in Munich. She has won honours in many international performance competitions including the ARD Competition in Munich. She collaborates as a soloist with many important European orchestras, such as the Bavarian Radio Symphony, the Bach Collegium of Munich, the Camerata Academica of Salzburg, the Stuttgart Chamber Orchestra, the Berlin Radio Symphony, and the Polish Chamber Philharmonic, and appears regularly in international music festivals in many countries of Europe, including the Berliner Festwochen, the Bach-Festwochen in Thun, and the Chamber Music Festival in Maribor. Since 1999 she has been principal oboist in the Berlin Radio Symphony. She shared in a recording of concertos by Johann Sebastian Bach on the Tacet label.