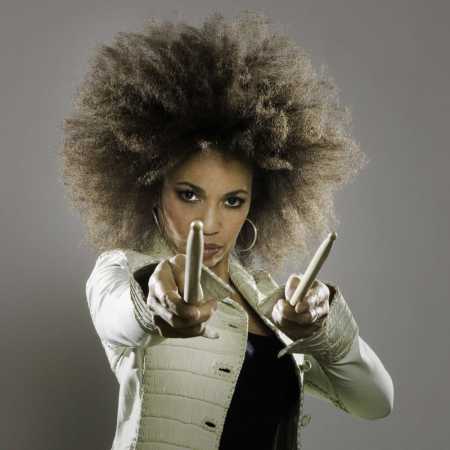 Cindy Blackman-Santana is a famous American player on drums, who as one of the few has achieved worldwide success in playing the instrument for women not very typical. In the past, based particularly for his work in the band Lenny Kravitz, but also with artists such as Pharoah Sanders, Cassandra Wilson, Bill Laswell, Joss Stone, Joe Henderson, Buckethead, Don Pullen, Hugh Masakela and of course with Carlos Santana, who is the wife.