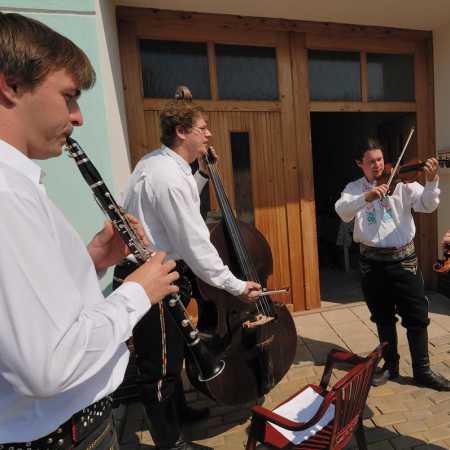 Elizabeth dulcimer music originated in the spring of 2011, when the wine tasting in the Great Nemcice few enthusiasts got together to do music that would get together to play. One word after a first meeting followed by others. The initial composition was prim, Continental and clarinet. This was followed by a subsequent loan repurchase bass. Earlier years have clarified the name – the often wild proposals is named after the daughter primates. And after about a month to Elišce added another member – 2.housle and after one month purchased the cymbal.

Nahko and Medicine for the People