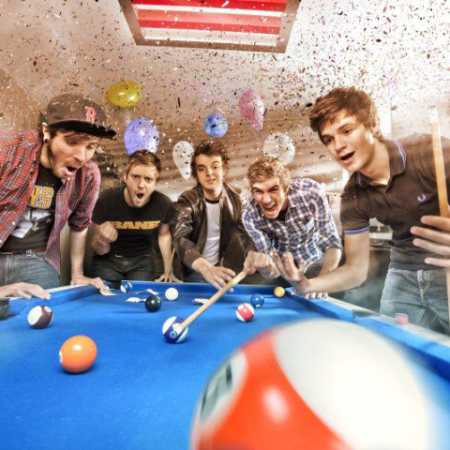 Chunk! No, Captain Chunk!  We R Who We R

Chunk! No, Captain Chunk! are a French pop punk band who formed in 2007 in Paris, France. The band consists of and was founded by lead vocalist Bertrand Poncet, drummer Jonathan Donnaes, bassist Mathias Rigal, and guitarists Paul Wilson and Éric Poncet. The band has two studio albums, Something for Nothing, which was released in 2010 and Pardon My French which was released on April 30, 2013.