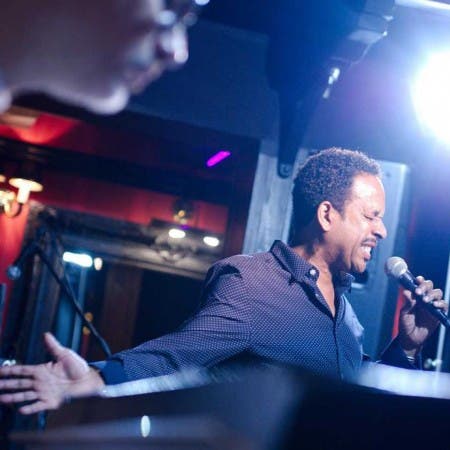 Chuck Wansley  It's Alright With Me

Native New Yorker Chuck Wansley began his professional singing and performing career at the age of 18 on a world tour as drummer with Up With People. After returning to the states he performed extensively with talented musicians throughout the Northeast, including several years in the Boston/RI area club band Match.

In early 1982 he moved back to NYC to pursue a solo career as a singer. In 1984 he moved to Los Angeles and set his sights on becoming a great band leader and singer, gathering some of the best musicians in the world on his team. Chuck easily conveys music styles from Frank Sinatra and Michael Buble to Maroon 5 and Ne-Yo. As leader of Chuck Wansley After Hours he performs music from the 1940s, 50s big band swing, jazz standards, pop, R&B, blues, Motown, retro-80’s and Latin, specialty and contemporary styles.

In 2007 Chuck’s dream career expanded with the creation of a second band on the East Coast to enable him to perform in as many locales as his schedule allows. Chuck and his bands have performed all over the world, including a most fabulous wedding just outside Paris, and numerous solo appearances in Japan.