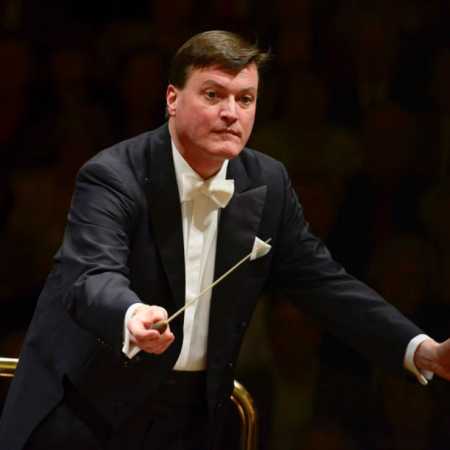 The German conductor Christian Thielemann graduated from Berlin’s College of Music in viola and piano and at the same time studied conducting and composition privately. He became a répétiteur for the Deutsche Oper in Berlin when only nineteen years old, then later also assistant to Herbert von Karajan and Daniel Barenboim. From 2004 to 2011 he served as music director of the Munich Philharmonic, and since the 2012-13 season he has been chief conductor of the Staatskapelle of Dresden. He often appears in the Bayreuth Festival, where he has conducted more than a hundred performances to date. Thielemann is highly acclaimed especially for his outstanding interpretations of music by German composers, in which he is considered an heir to the tradition of Wilhelm Furtwängler and Herbert von Karajan. His complete recording of the symphonies of Beethoven with the Vienna Philharmonic reaped glowing reviews from international critics.