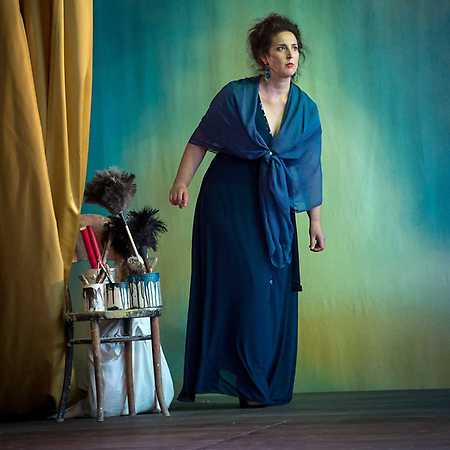 The French soprano, Chantal Santon-Jeffery, had graduated with a degree in political science, before she studied singing at the Conservatoire Supérieur de Paris with renowned teachers such as Margreet Honig, Noelle Barker, Udo Reinemann and Ruben Lifschitz.

Chantal Santon-Jeffery made her stage debut in 1999 in Der Freischütz (a bridesmaid) conducted by Myung-Whun Chung at the Théâtre des Champs-Elysées, where she has since performed in The Cunning Little Vixen conducted by Jonathan Darlington and L’occasione Fa Il Ladro conducted by Jean-Christophe Spinosi. Since 2001, she has regularly worked with the French national opera company ARCAL performing major roles in various productions.

Chantal Santon-Jeffery has worked with some of the most famous Baroque ensembles and conductors, including Le Concert Spirituel, La Grande Écurie et la Chambre du Roy etc. She performs regularly with symphonic orchestras such as the National Orchestra of Lille, National Orchestra of Bordeaux, Brussels Philharmonic or Hong Kong Philarmonic and many others.