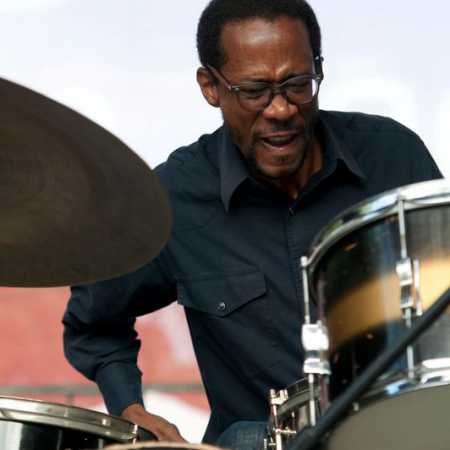 Brian Blade, thanks to his musical ability and originality among the most significant drummers 21. of the century. I was a regular member of the files of such jazz icons as Wayne Shorter and Herbie Hancock. For his extraordinary talent and musical sensibility, however, resurfaced to other musical genres, such as with Bob Dylan or Joni Mitchell. He is also an excellent guitarist and a charming singer, which pointed to a local audience at the Jazzfest in 2012 with its project Mama Rosa. – Translated by Automatic service