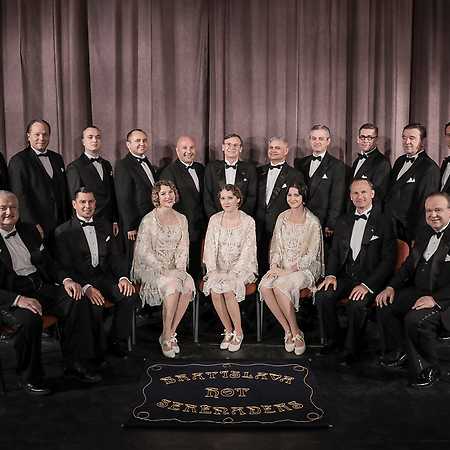 The Bratislava Hot Serenaders orchestra belongs to the list of the few strictly “early jazz” oriented bands in the world. The band’s 20 enthusiastic musicians have played together without interruption since the formation of the group in season 1991/1992. Their playing adheres to the sound, style, and feel of such orchestra’s as Paul Whiteman, Jean Goldkette, and Duke Ellington, in addition to featuring Czech, Slovak, and other European classic jazz tunes of the period. The Bratislava hot Serenaders are well established outside of Slovakia. In 1994 the orchestra won the Sidney d´Or Prix at the Grand Festival of Music of 20´s and 30´s in Saint Raphael, France. They regularly appear in concert, and at festivals both in their home country of Slovakia, and abroad.