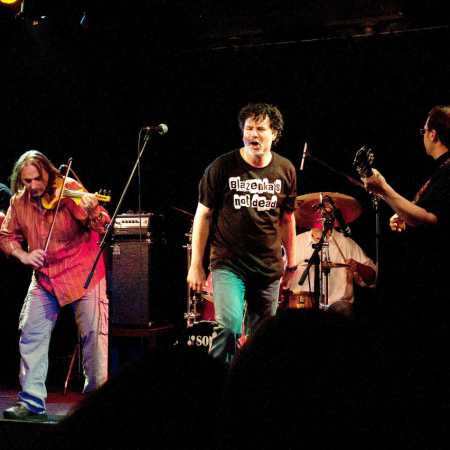 Blaženka The band was founded in 1989 and managed the first appearance a year later at the Sunflower, still with two chorus and cellist. The desire to present themselves, and in the media, resulted in 1995 in making the CD that the band members in 1996 published at his own expense and in Zizkov Acropolis baptized. In 1997, he broke musicians to come together again in 2001, even as a seven-member ensemble. An important member of the band was the lyricist and original bass player, Bělehrádek Henry, who tragically died in 2002. In 2004, singer Bronek went to work abroad and Blaženka has set another break. After returning from abroad Broněk band managed to recover in the fall of 2010, the six-member assembly: Bronek Přibyla – vocals, Martin Žďánský - violin, Petr Smutny – guitar, Aaron Rulseh of Wisconsin – guitar, alto sax, Ondra Parpel – bass, rate 'Pekáč "Baker – drums. – Translated by Automatic service