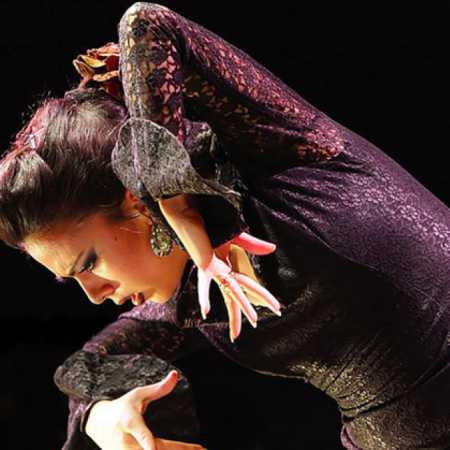 One of the brightest stars of the rising generation of flamenco dancers. Only five years old, Belén danced on the show dedicated to the memory of one of the greatest dancers in the history of flamenco, Carmen Amaya. At the age of seven, she won the television competition “Bravo Bravissimo” and four years later she became a pupil of the Madrid Conservatory of Dance. After graduation she started working with Italian director Francisco Zeffirelli and acted as a prima ballerina in a Zeffirelli opera productions at the famous Arena di Verona for four years. As a soloist, Belén López danced also in the ensemble Il Camborio and in the famous Madrid tablao El Corral de la Morrería.

In 2004 she won the prestigious “Premio Mario Maya Prize” in the contest Concurso Nacional de Córdoba. In January 2005 nineteen years old the Belén premiered her own project “Atrapados por el arte” at the Metropolitan Theatre in Tarragona and went on touring the rest of Europe with the project. Despite her relative youth Belén has performed at many prestigious festivals: Festival de Jerez, Inturfest in St. Petersburg and La Biennale Danza e Italia. As she admits, her most important role model is the brilliant dancer Carmen Amaya, one of the greatest figures of flamenco history.