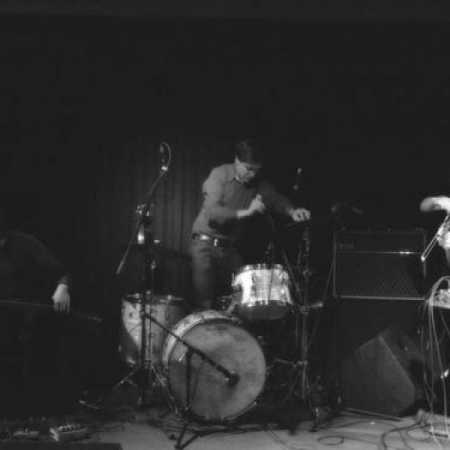 Having individually relocated to Berlin, the three musicians met and first began to play together in early 2012, combining their disparate musical influences and backgrounds to create improvisational music that incorporates elements of free-form jazz, atmospheric drones, and abstract krautrock. They have since performed regularly within Berlin’s experimental music scene and appeared at such European festivals as Flussi, Unsound, and The Bergen International Festival.

Their debut album Brick Mask was released in February 2013 on Miasmah Records and a limited, live LP Coltre/Manto was released in January 2014 on Midira Records. They are currently working on a second studio album and will be releasing a limited cassette release on Umor Rex Records in conjunction with their 2015 tour.