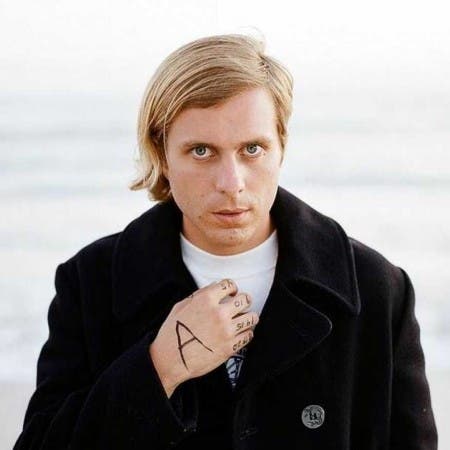 Awolnation name comes from the nickname that Bruno had at the time of high school graduation. In 2009, Bruno approached the recording studio Red Bull Records with the option to create their own musical project. Was born from the collaboration EP Back To Earth and later blockbuster album Megalithic Symphony. It gained triple platinum status – perhaps because it features a huge hit called Sail.

Sail was originally released in January 2011, to the broader public but came out a year later, thanks to an unofficial video made by one independent filmmaker. The recording of teenaged singing in the rain spread rapidly around the world and is still on YouTube got nearly a hundred million visitors. The stellar success, then he could have a bit after the single appeared in the series Dr. House or advertising of Nokia, took him into the repertoire of such stars as Macy Gray and Kendrick Lamar.

All My Heroes took Cocaine