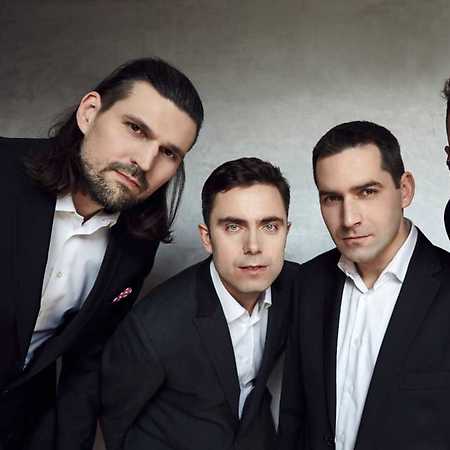 Atom String Quartet is one of the very rare string quartets in the world that play jazz, and certainly first such band in Poland. Its members are: Dawid Lubowicz, Mateusz Smoczyński – violin, Michał Zaborski – viola and Krzysztof Lenczowski – cello. These musicians also lead other bands and perform with best Polish artists. Atom String Quartet mainly plays their own compositions which sound modern and original thanks to the unusual set of instruments for a jazz band. This promising quartet is constantly achieving renown and appreciation. Recently ASQ was awarded the “Młoda Polska” Scholarship founded by the Polish Ministry of Culture; Grand Prix of “Bielska Zadymka Jazzowa” Festival and Grand Prix of Jazz Melomani Society in the category “New Hope of 2010”. In June 2011 the quartet’s album “Fade in” was released, that is a live concert recorded in Radio Katowice. The album was greeted with critics and listeners’ enthusiasm.