Artillery is a Danish thrash metal band. They participated in the early development of the genre, and their highly energetic, riff-centric and often fast-paced music is similar in style to that of Slayer and Megadeth from the same era. The band formed in 1982 in Taastrup, a suburb to Copenhagen. The members were guitarists Jørgen Sandau and Michael Stützer, bassist Morten Stützer, drummer Carsten Nielsen and singer Carsten Lohmann. The group recorded the demos Shellshock and Deeds of Darkness in 1984. 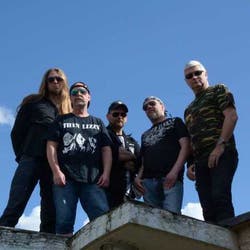 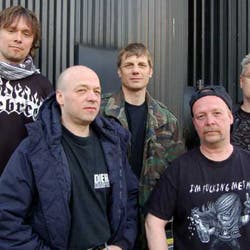