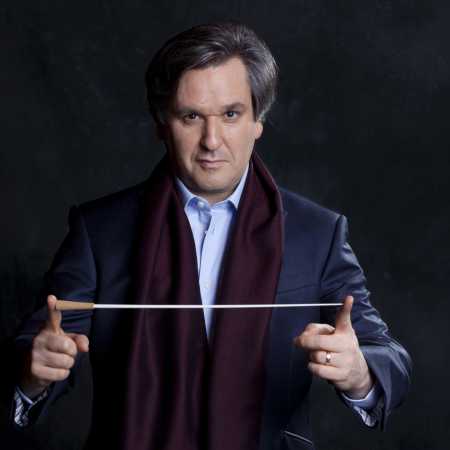 The British conductor of Italian ancestry Antonio Pappano is one of the most sought-after conductors of our time. He was born in London, but at the age of thirteen moved with his parents to New York where he continued in studies of conducting, piano, and composition. Work as a répétiteur with singers helped him win engagements with many important opera companies including the New York City Opera, the Gran Teatro del Liceu in Barcelona, the Frankfurt Opera, and the Lyric Opera of Chicago. At the Bayreuth Festival he became an assistant to Daniel Barenboim. In 1993 he attracted major attention at the Vienna State Opera in a last-minute substitution for Christoph von Dohnányi conducting a new production of Wagner’s Siegfried. He regularly leads the most important orchestras of the world including the London Symphony, the Vienna Philharmonic, and the Royal Concertgebouw Orchestra of Amsterdam. Since 2002 he has been music director of London’s Royal Opera, and since 2005 he has also headed the Orchestra dell’Accademia Nazionale di Santa Cecilia. He has made numerous recordings honoured with many prestigious awards.