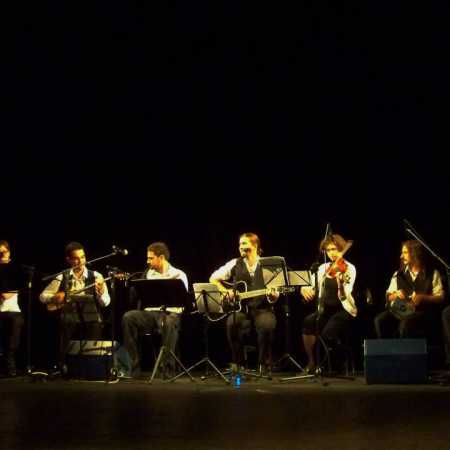 Musical group Anatoli started forming-up step by step in the year 2010, mostly from members of the group Baharat. Thus, Anatoli is following the musical orientation of the Baharat group; however, Anatoli now focuses only to the interpretation of the Greek traditional music from the Asia Minor. From the June 2011, the group became part of the civic society called “The Friends of Greek Music Association”, which gathers together all persons that are interested in Greek music. “Anatoli” is a Greek word for “East” meaning the cardinal point. That name was chosen upon a poem from a famous Greek poet Kostis Palamas, and it symbolizes the musical orientation of the group which is directed for a “Greek” east. The music group was extended by a oriental dancer Alexandra, at the beginning of the 2012. The correct interpretation of Greek middle eastern music, along with the oriental dance, therefore completes whole concept and evoke the atmosphere of the ”old times”, when a significant part of Constantinople and Smyrna were inhabited by Greeks.