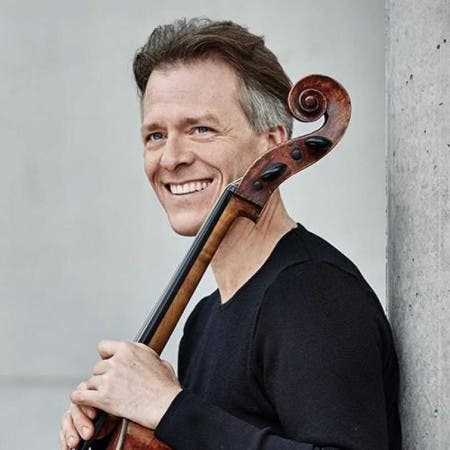 Alban Gerhardt is a German cellist. Gerhardt’s first public performance came on 22 February 1987, when he played Haydn’s Cello Concerto No.2 in D Major with a chamber orchestra in the Berliner Philharmonie. His international career was launched in 1991 when he made his debut with the Berlin Philharmonic and Semyon Bychkov. He won top prizes in several competitions in the early 1990s, including the 1990 Deutsche Musikwettbewerb Bonn, the ARD Competition that same year, and the Leonard Rose Competition in 1993. Gerhardt was a member of the BBC New Generation Artists scheme from 1999 to 2001.

Gerhardt has won three ECHO Klassik Awards (1998, 2003 & 2009) as well as ICMA and MIDEM Classic awards and many others awards. Gerhardt plays a Matteo Goffriller cello, made in 1710. In addition to his concert performances, Gerhardt has done various projects that have involved performance outside of traditional concert halls, such as in schools, hospitals and young offender institutions. In 2012, he also began collaboration with Deutsche Bahn, involving live performances on the main commuter routes in Germany.