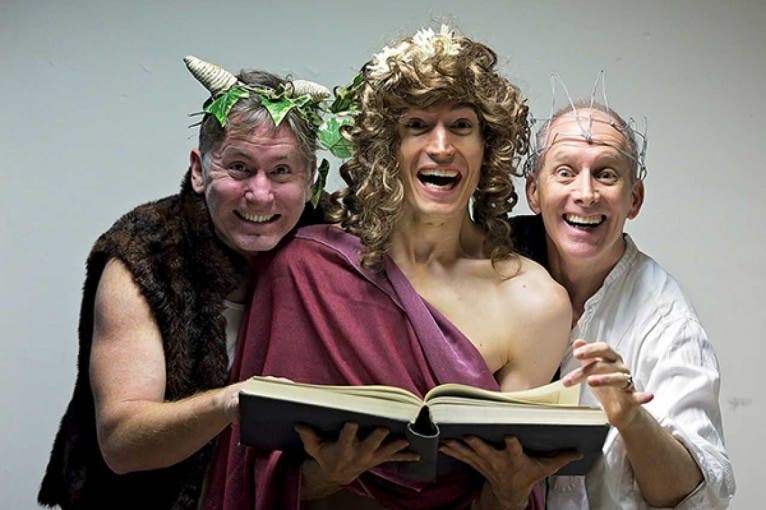 An ancient manuscript has been found in a parking lot in Leicester, England (alongside an unimportant-looking pile of bones that got tossed in a dumpster). This 425-year old text turns out to be the literary Holy Grail: William Shakespeare’s Long Lost First Play (abridged) puts many of Shakespeare’s most famous lines into surprising and comic contexts.

In this strange-yet-familiar narrative, an ancient grudge pits Puck (from Midsummer) against Ariel (from The Tempest) and turns Shakespeare’s canon upside-down, creating such strange bedfellows as Hamlet and that master motivator Lady Macbeth, Viola and Richard III, King Lear and the Weird Sisters, and (of course) Dromio and Juliet. Using questionable scholarship and street-performer smarts, playwrights Reed Martinand Austin Tichenor weave together most of the famous speeches and plot devices of Shakespeare’s thirty-nine plays to create a fast, funny, and fictional fortieth, filled with witty wordplay and vaudevillian variety.

"Long lost" received its first workshop production at Shakespeare Napa Valley under the artistic leadership of Jennifer King and now makes her directorial debut at Prague Shakespeare Company with the European premiere of this very funny play.