The Strumbellas are a rock band from Canada, whose music has been described as alternative country, indie rock, farm emo, and gothic folk. Formed in Toronto in 2008, the band consists of songwriter Simon Ward on vocals and guitar, David Ritter on vocals and keys, Jon Hembrey on lead guitar, Isabel Ritchie on violin, Darryl James on bass guitar, and Jeremy Drury on drums. The band's self-titled EP was released in 2009, garnering generous positive reviews and coverage in many different media outlets. Many gigs, including festival appearances followed, as well as their debut album My Father and the Hunter in 2012. The band later signed with Six Shooter Records, releasing their second album We Still Move on Dance Floors in 2013. Their Third album Hope was released in 2016 to critical acclaim. 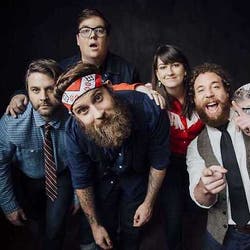 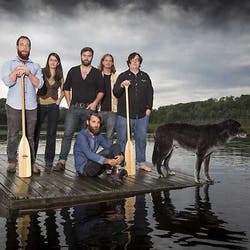 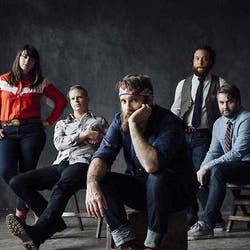 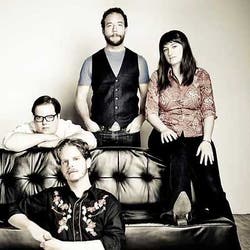