The Nationalgalerie contains a veritable cosmos of art that spans from 1800 to recent works fresh from the studio. Whoever steps foot into its exhibitions simultaneously becomes more intimately acquainted with the city, for its works are housed and displayed at a variety of sites and in a variety of architectural landmarks spread across the city of Berlin. The original home of the collection, the Alte Nationalgalerie commands a majestic position on the Museumsinsel Berlin. Its exhibitions cover the art of the 19th century. As a temporal continuation to this department stands the Neue Nationalgalerie at the Kulturforum, near Potsdamer Platz. Its architecture amounts to a radical break with that of the previous century. During necessary renovations, the Neue Nationalgalerie is closed from January 2015 for several years. The art of the decades since the 1960s, meanwhile, are presented at the Hamburger Bahnhof – Museum für Gegenwart – Berlin, which is situated not far from Hauptbahnhof.

These three museums and their many masterpieces vividly retrace major movements in the last two centuries of art, the continuities within them and their radical points of disjuncture. Together they afford visitors a comprehensive survey of the shifting developments and emerging trends in art, first from a purely European perspective and later from a global one. They are joined however by further galleries that, though smaller in scale, are nonetheless utterly unique in character and each dedicated to a specific theme within the Nationalgalerie’s overall collection. In the west, the two buildings designed by another eminent German architect, Friedrich August Stüler, opposite Schloss Charlottenburg now house two remarkable suites of works gathered together by private collectors: the Museum Berggruen, with its stunning exhibition of the giants of European modern art, and the Sammlung Scharf-Gerstenberg, with its exhibition of the art of the fantastic that spans many epochs and culminates with the art of the Surrealists. Currently closed to the public is the Friedrichswerdersche Kirche by Karl Friedrich Schinkel, till 2012 affiliate department of the nearby Alte Nationalgalerie. 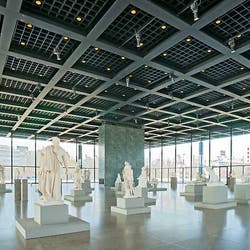 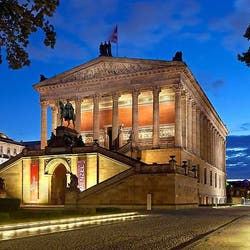 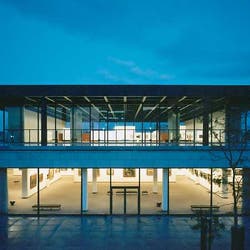 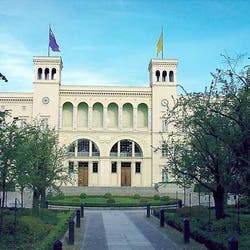 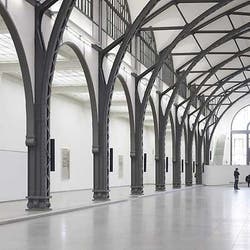 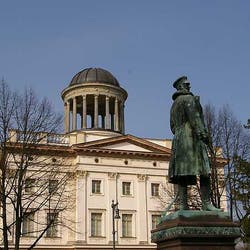