Lorna Shore is a deathcore/ Death Metal band from New Jersey that was formed in 2010. In October 2010 they released their first EP Triumph, which they had recorded and published themselves. In 2015 they released the debut album Psalms. Loran Shore has been the support act for bands such as Aversion Crown, Rings of Saturn and Chelsea Grin. 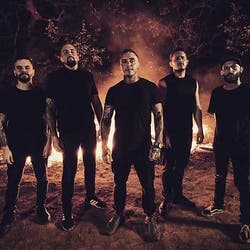