Located somewhere between classic pop and galactic disco, L'Impératrice have become one of the key bands of the revived French scene. Their music is a return to the 70s and 80s, to dark, mysterious clubs, lit only by disco balls and sequin dresses. Six people created together a project that is both elegant and cosmic, bound with intriguing texts. Numerous thrilling live performances throughout France have earned them a reputation as one of the best native performers. L'Impératrice was founded by the French keyboard player and composer Charles de Boisseguin in Paris. Their debut self-titled EP was released in 2012. As a result the band signed their first contract with an independent record label, microqlima records. It was there, in 2014, that they released a continuation of their project, Sonate Pacifique EP. During this time the band has been joined by the second keyboardist Hagni Gwon, guitarist Achille Trocellier, bassist David Gaugue and drummer Tom Daveau. On the third EP, Odyssée, singer Flore Benguigui appeared in the group. The release was rearranged and later re-released under the changed title L'Empereur (Odyssée Slow Version). To record the changed material the band was inspired by their fans who played the music on vinyl on wrong speed. The next version of the album, this time acoustic, was released in 2017. The band's debut longplay album, Matahri, saw the light of day in 2018. The album is a sensual collection of neo-disco songs from another era. You can hear the inspiration of the French Touch movement and retro soundtracks on it. Melodies created by the band to an illusion resemble those composed by legendary band Chic Nile Rodgers. 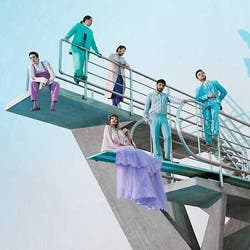 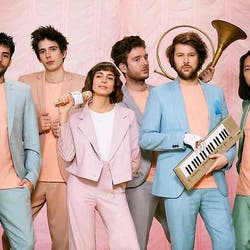 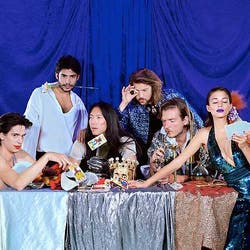 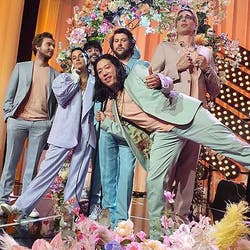