Knocked Loose is an American hardcore punk band from Oldham County, Kentucky, that was formed in 2013. Their first studio material was an EP titled Pop Culture, released in 2014 on Little Heart Records. In 2015, Knocked Loose released a split with Damaged Goods on No Luck Records (and digitally via Little Heart). The band's first studio album Laugh Tracks was released in September 2016 through Pure Noise Records. In late 2017, the band announced their first US headlining tour for early 2018 with support from hardcore bands Terror and Jesus Piece, and label-mates Stone. However, before the tour, after members of Stone were accused of sexual assault allegations, Knocked Loose dropped them from the tour and replaced them with Year of the Knife. Most of the dates of their first headliner were sold out which allowed them to open for Parkway Drive and for Thy Art is Murder on their European tours and also to play a few dates on the main stage of the last ever Warped Tour.

Knocked Loose have been categorized under several sub-genres by the media and publications alike, these including metalcore, hardcore punk, and beatdown hardcore. Bryan Garris, the band's lead vocalist, has described their sound as being "sandwiched between hardcore and metalcore", although he has stated that the band's intention was to produce a diverse sound that was difficult to categorize. Knocked Loose have been credited as one of the forerunners of the first-wave metalcore "revival" scene of the late 2010s, alongside bands such as Code Orange, Counterparts, Kublai Khan, Varials and Jesus Piece. As is common within the metalcore and hardcore punk genres, Knocked Loose incorporate slow-tempo breakdowns into their music. 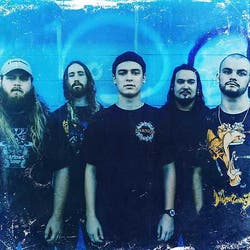 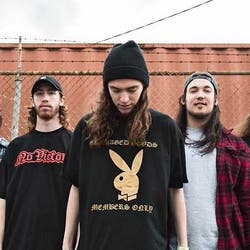 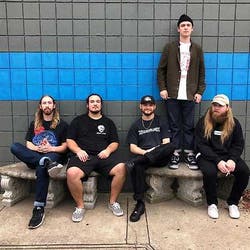