Gato pretos debut album gets to the heart of everything that makes international club culture exciting: Rocking favela funk from Rio, rumbling township grooves from South Africa and technoid electro hybrid Kuduro from Angola are the basic ingredients of Gato Preto's global bass melting pot, mixed with rave or breakbeat. The album is a parade work of sound engineer and producer Lee Bass and Femcee Gata Misteriosa, who is responsible for the powerful Portuguese vocals.

Gata Misteriosa grew up near Lisbon. As early as the beginning of the 00s she went dancing to Kuduro with her friends at the party scene of the Lisbon suburb Buraka. As both of her parents are from, she is tightly connected to the party trends of lusophone Africa. For her studies, she came to Germany, where she met the breakbeat producer Lee Bass at Düsseldorf. He also was introduced to African soul, funk and highlife sounds in an early age through his father's record box. Since 2013, the two have created the electro project Gato Preto and have been touring together to fluster dance floors around the globe — at hip electro clubs in Paris, at their home Düsseldorf or on the international stage of Nyege Nyege Festival at the origin of the Nile in uganda. 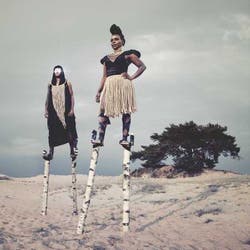 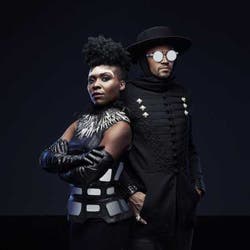 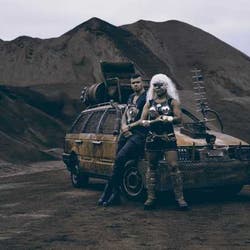