Alestorm is a Scottish pirate metal band in love with drinking rum and stealing ships. From humble beginnings playing shows to farm animals in a field somewhere in Eastern Scotland, Alestorm have evolved into an international party machine hellbent on conquering album charts and festival stages throughout the world with their infectious brand of metal. After signing to Napalm Records in 2007, their debut album Captain Morgan's Revenge, was released on 25 January 2008. Since then they have kept constantly active, coming our with new material and playing, usually multiple, tours each year. 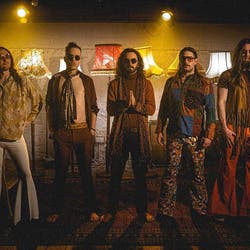 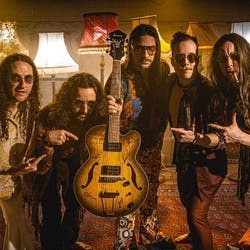 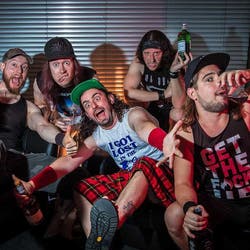